Based in Chicago, Goode Plumbing incorporates quality and innovation into everything they do. General manager Anthony Ricci, who has been in the industry since 1998, is always looking for new technology to deliver on the company’s promise of high-quality service. After an uptick in frozen pipe repairs, Goode Plumbing began using the StreamLabs Control to exceed customer expectations.

Chicago winters can be harsh. After two particularly difficult winters, Anthony Ricci wanted to help protect his customers against frozen and burst pipes. He began searching for a way to prevent water damage from frozen pipes – especially while homeowners were out of town, at work or sleeping.

“The StreamLabs Control will actually shut the water supply off the second it notices the burst pipe and save a lot of damage for customers,” Ricci said.

One of the best things about the Control, according to Ricci, is that it’s multifunctional. It’s an automatic shut-off valve that, should any pipes leak, helps prevent catastrophic damage in the home. The device will monitor pipe temperatures and notify the homeowner of a potential frozen pipe. Additionally, it promotes water conservation by checking for dripping faucets or running toilets so customers can quickly turn off the water and call Goode Plumbing.

Ricci said for many customers, it isn’t difficult to explain the necessity of a smart water leak detection device. Some customers have already had leaks from frozen, damaged pipes and want to prevent pipes from freezing in future. Others haven’t experienced leaks but know frozen pipes can happen to anyone.

Plus, Ricci said installing the StreamLabs Control is straight forward, especially if you have easy access to the main water line. Depending on how long it takes to drain the home’s plumbing system, an average install takes the Goode Plumbing team less than 2 hours. 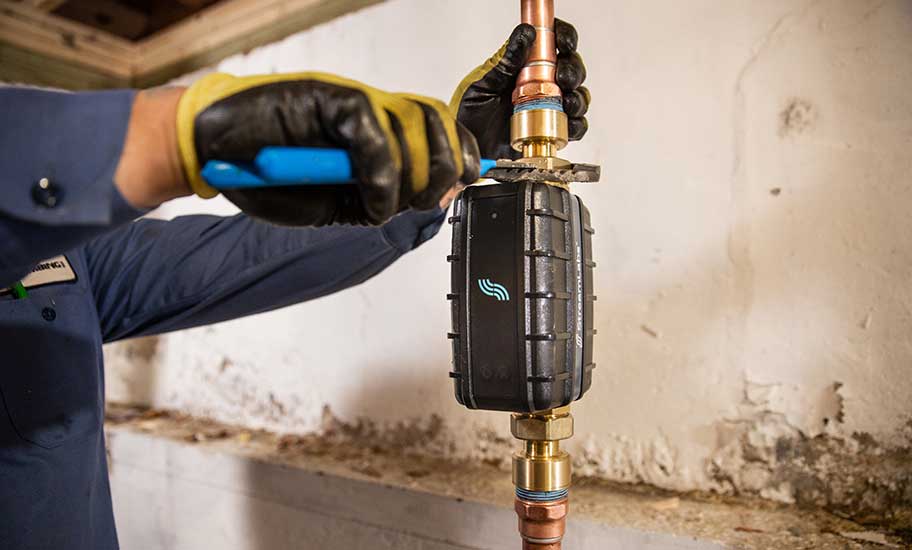 The Results: Peace of Mind

Since they began installing the Control for customers, Ricci and the Goode Plumbing team said they have heard nothing but good things about the devices.

“The customers love the fact that it is alerting them to dripping faucets or toilets running in the house to save them on their water bill,” he said. “They get the alert from the app, and they call us. The next day we’re out there to investigate it.”

And the company’s leadership doesn’t just recommend the StreamLabs Control to customers. Mike Goode, plumber of more than 24 years and owner of Goode Plumbing, had the device installed in his newly built home in Chicago to help avoid damage from leaking pipes.

Want to grow your business with smart home water technology? Explore the benefits of becoming a StreamLabs PRO today. 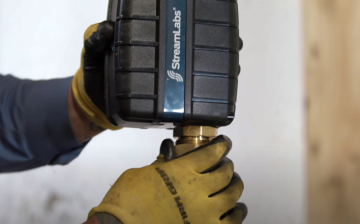 Why Goode Plumbing Uses It for Chicago Homes